The minor team rallied after a disappointing league campaign to make the Minor A North Board Final for the third year in succession (a decent achievement in itself) where they ultimately came up short against a strong Caltra outfit on a scoreline of 0-10 to 0-07. The team enjoyed a titanic tussle with Northern Gaels in the North Board Semi and had good performances from Conor Flaherty, Harry O’Gorman, Mark Slevin and Nathan Grainger to name but a few.

A strong u20 side made history when they captured the Co Final defeating Salthill by the minimum on a scoreline of 0-09 to 0-08 on a crisp December Sunday afternoon. With an embarrassment of riches at their disposal, a large Claregalway management team was put in place and the entire outfit went about their business with military precision racking up wins over Monivea and Annaghdown which pitted them against Corofin in the North Board Finale. Following some nervy moments which included extra time, Claregalway had too much firepower and won out on a scoreline of 3-16 to 2-13 with the youngster Nathan Grainger enjoying a fruitful afternoon in front of the posts. An outstanding display from Padraic Commins earned him the MOTM award in the Co Final as he registered all 9 points for Claregalway (6 frees and 3 from play) as we won out an incredibly nervy encounter with Commins landing a winning free with 65 minutes played on the clock.  Brion Connolly captained the side and enjoys the mantle of being the only winning captain at U20 A level in the clubs history. Having racked up 9-51 in 4 games and many of this year’s side available next year, expect Claregalway to have a good crack at retaining their crown.

The Junior Bs enjoyed a successful season with Seamus McDonnell at the helm. They captured the Div 8 league crown after winning all games before accounting for Corofin in the final – this achievement was made all the more impressive with the fact that Darragh Glynn was injured and ultimately restricted to the sideline for the season with a back injury. The team were pipped by Headford (their 2nd team) in the North Board Semi Final by a point and on the day the result could have been a lot different with Claregalway missing a penalty and harshly having a man dismissed. Backboned by Paul McGuinness and Fergie McEvoy, the team have youth sprinkled among experience and all in all, a good year was had.

The Junior A’s enjoyed a mixed bag for 2019 finishing mid table in the league but following a strong start to their championship, found themselves in the West Board Semi Final. A highlight of the season would be a strong showing against St.James’s in the league, followed up by victory over St.Michaels in their opening round of the championship with Ben Creaven and Padraic Commins raising green flags on the day. The crowning moment of the season came in the following game when they defeated Renvyle in horrendous conditions on a day when the decision to deploy Paul Fahy at full back paid dividends as he put in a titanic display. The team rounded off the group stage with a 1 point defeat against Eire Og which earned them an encounter against Salthill where the teams involvement in this year’s championship came to an end.

The Seniors were drawn in a tough group containing Annaghdown, Leitir Mor, St. James’s ,Corofin and Tuam but made a fantastic start winning their opening 3 games which ensured their safe passage to the Quarter Finals. The side were boosted with the return of Conor Costelo from Australia while retaining the astute Alan Moran as manager was another piece of shrewd business. The team impressed throughout the year but were cruelly defeated at the Quarter Final stage by a point against Salthill. Darragh Whelans goal v Annaghdown was a particular highlight while strong performances were put down by Buckley, Costello, Brion Connolly while up top, Rohan, Barry Goldrick and Danny Cummins were outstanding. In the league they narrowly missed out on promotion to Division 1 but are in good shape for 2020. 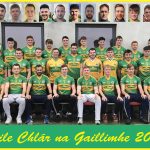 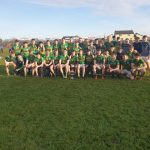 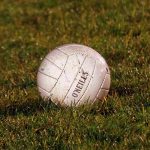