Club Stalwart (and former Club Officer) Richie O’Donovan has been forced to retire from playing at the tender age of 47 due to back injury.

Richie, who lives in Lydican, was a natural leader and is well known to players and supporters of Claregalway football and Carnmore hurlers, having represented both clubs at all grades. Indeed he also graced the soccer field with Claregalway Celtic.

As a footballer Richie was equally at home in backs, forwards or midfield. He had great hands and an excellent free kick having pointed several crucial long range frees and 45s in his day. This, combined with pace, strength and physical courage, made for a formidable footballer.

Richie played Juvenile hurling and Masters Football for Galway and probably would have received a senior jersey in a lot of counties but Galway football was very strong in the mid and late 1990s.

Richie had the honour of captaining the three in a row Galway Masters Football team having “put manners” on the great Peter Canavan in the previous years’ All Ireland Final against Tyrone. Richie hurled in two County Senior finals for Carnmore in the early 1990s’.

As a former Club Chairman, Treasurer and Team Manager and as a former player who played (albeit inadequately) beside Richie, I wish him the best in his retirement from playing and I speak for all the club when I say that I hope he continues his distinguished service with Bhaile Chláir na Gaillimhe. 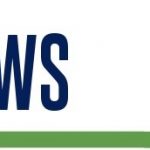 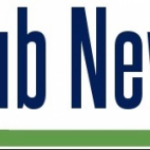