7
0
Claregalway 1-15 Moycullen 2-13
Senior Championship 2021 Group 3 Rd 1
Pearse Stadium 04/09/2021
Our Senior Team for the second year in succession came up short by the minimum in their opening Senior Championship campaign against County Champions Moycullen on Saturday evening in Pearse Stadium.
A busy off season led to manager Alan Moran taking a deserved break with John Fitzmaurice taking the reigns whilst on the field, Daniel Cummins still resides in Australia while Conor Costello, Sean Moran and Eoghan Commins drop out of last years panel alongside the aristocrats Stevie Cunniffe and Brian O’Donoghue.
A good start was made by the men in green and gold with Jason O’Reilly landed the evenings first major blow and Claregalway appeared well on their way however, 2 quick fire green flags from the returning Peter Cooke and Dessie Conneely changed the complexion of the scoreline at the first sos uisce.
Claregalway continued to labour and further scores from Barry, Brion, Jason and Jack Glynn meant the half time scoreline read Moycullen 2-06 to Claregalways 1-07.
Scores were earned in the 2nd period with Brion, Barry, Paraic and a neat effort from lord of Lakeview himself, Mark Rohan after his introduction. Moycullens experience began to tell and daylight was put between the teams when the westerner’s put us 5 in arrears, however, Claregalway were to go down swinging for a finish. A tremendous run up the field by Conor Flaherty saw him run 80mts through the Moycullen rearguard and an effort from 30mts came back of the post and was cleared. Some Claregalway stalwarts compared it to the great drive Tommy Joe Gilmore made for Galway back in the 70’s, Tommy Joe had to throw a few lads out his way enroute whereas Conor delicately jinked his way through like a ballerina. Ultimately, a 1 point loss was what we had to settle for.
No points on the board but a very encouraging start. Everyone gave their all and twice came back from 5 points down. The defence was very solid and played very well as a unit with Fla impressing in goals saving a penalty. In the middle third Henno and Brion held their own against a strong Moycullen midfield while further north Barry Goldrick kicked some nice scores and proved a good link man in setting up a number of attacks. Jason took his early goal with aplomb and slotted over a couple of neat points while excitement continues to build for the former Carnmore minor winning captain, Mark Slevin who posses guile by the bucketload.
Next up is Carraroe in 2 weeks time in a vital game while as for our opponents, they prepare to face Annaghdown with rumours circulating that Don Connellan may be able to introduce the volatile Ronan Byrnes back into the equation after an achilles injury.
Team:
C.Flaherty,M.Goldrick,B.Callinan,M.Kilgannon,D.Whelan,C.Campbell,J.Glynn,B.Connolly,D.Hennessy,
P.Divilly,B.Goldrick,J.Reilly,M.Slevin,L.Molloy,P.Commins
Subs used: D.Mullen,M.Morrin,M.Rohan,C.O’Callaghan,I.Fitzmaurice (blood sub)
__________________________________________________________________________________
Club
Claregalway 1-15 Moycullen 2-13 – Match Report2021-09-092021-09-09https://www.claregalwaygaa.net/wp-content/uploads/2017/12/logo_cg-gaa.pngClaregalway GAAhttps://www.claregalwaygaa.net/wp-content/uploads/2019/09/clg-logo.png200px200px
Recommended Posts 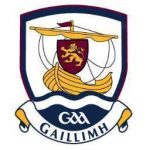 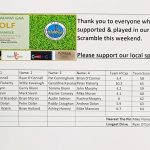