Barry Cullinane All Ireland Under 21 Double in 2005

Barry Cullinane of Claregalway made his own piece of history during 2005 by capturing All-Ireland Championship medals for both the Galway Under 21 footballers and hurlers. In the past one or two players from other counties have won All-Ireland medals in the Under 21 grade for both football and hurling but in separate years. To the best of this authors knowledge the double had not been achieved at that point.

Barry’s first football medal was won as a member of Claregalway’s Under-13 team the won the City League in a memorable match against St. Michaels at the Prairie in 1996. A leading exponent if the art of high fielding, he has the distinction of winning the Sigerson Cup with NUIG in 2003 and Connacht football championship medals with Galway minors, Under 21’s and Seniors. His high catch on the edge of the small square in a crowded Galway goalmouth under Mayo pressure in the last minutes of the 2005 Connacht final at Pearse Stadium caught the eye of all present. 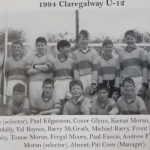 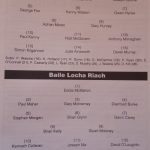 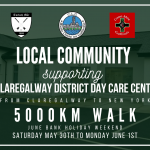