See the official match program below showing this inter county League game had to share the program with the Claregalway Under 12 team who just prior to the senior game
won their Under 12 County Championship against Loughrea.

Things were a bit tight in the dressing rooms, our George Fox and Kenny Waston has to push for a bit of elbow room with the likes of Tommy Carr and Charlie Redmond but they coped well.

The official match report on Galway Bay FM Radio was presented by Micheal O Muircheartaigh who arrived early at the stadium early and generously gave his time to report on the Under 12 game and offer many favorable comments on the young stars of the future. 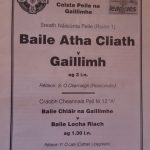 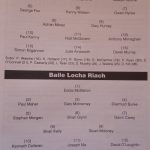 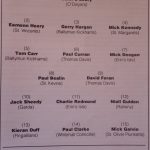 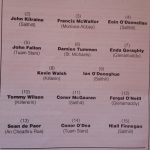 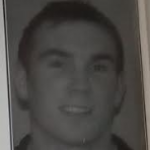