On what was a whirlwind weekend for the club – the cherry was well and truly put on top when defeating St Johns of Sligo in the Connacht Intermediate Semi Final on Sunday in Markievicz Park. On a beautiful crisp Autumnal day, the team went to the well and back and showed courage, grit and determination in overcoming a very competent outfit. With fatigue and injuries having taken its toll over the previous 24 hours, Paulie and the management team freshened up the starting 15 with Brian Loughlin, Divilly, Simon Monaghan, Brian Callinan and Martin Kelly coming into the fray. With the majority of Claregalway supporters nursing sick heads, many may have felt that this would be a bridge too far considering the Sligo champions had a fortnight to prepare since their last competitive game.

The game, unfortunately, did not start too well for the Balchies and it most definitely took us 10 minutes to get to grips with the Sligo champions who set the pace early and we found ourselves 1-1 to 0-0 down with 10 minutes in the clock. We stuck in it, took solace from small victories and played our way into the game – a blockdown from Mark Goldrick, a strong run from Hennessy etc all began to add belief to the Claregalway men and after 15 minutes the scoreline read 1-02 to 0-04. Our scorers being Barry, Sean, and Rohan. St.Johns can class themselves as being lucky not to have been reduced to 14 towards the latter end of the first period, when the minor Conor Campbell was cowardly punched by David Rooney, a minimum of 10 years his senior- referee Liam Devenney who is no stranger to messing up the big calls, electing to show yellow when it should have been red. St Johns to their credit finished the half the stronger of the two teams and led at the break 1-05 to 0-05.

With Claregalway now having the aid of a swirling breeze for the 2nd and with a stacked subs bench at managements disposal, those in the know like myself had a good feeling, if we managed to keep in the game, eventually, our moments would come. Both sides traded scores early in the half and on 15 minutes we struck a vital blow. A long-range free from the deck struck by Sean Moran had dropped short and when none of the St. Johns defenders, nor keeper attacked the ball, it was left to the smallest man in the square to soar through the air like an eagle, and fist the ball to the roof of the net and we were now level with time running out. With emotions and tensions running high, cool heads would be vital and fortunately, the ball made its way to Mark Rohan with less than 5 to go, no better man to find the calm among the chaos, kick the score and give the fist pump as he had put us into the lead for the first time. St Johns huffed and puffed, but Claregalway weren’t to be denied and roared on by a massive support Sean Moran kicked the insurance score with the final seconds to go.

Amazingly, for the 2nd day running Claregalway racked up 1-12 to St Johns 1-10. Words are unable to describe the elation felt at the final whistle. Players and supporters congregated in front of the stand and shared what can only be described as a special moment on what was one of the greatest days in the clubs history. Barry Goldrick was a deserving MOTM as everything he touched turned to gold although he was competently assisted by his brother Mark, Henno, Sean, Danny and Rohan. The team arrived back in Claregalway to a litany of bonfires and pats on the back and now it was party time for the lads and finally, Kilgannon got to break out the champagne. The team now can look forward to a Connacht Final on Sunday (19th) v Michael Glaveys in Dr. Hyde Park. 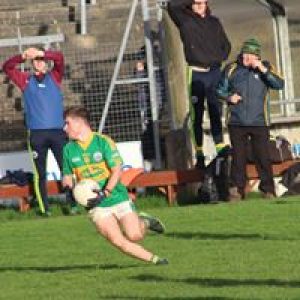 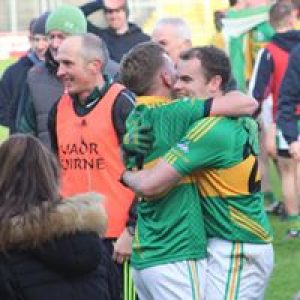 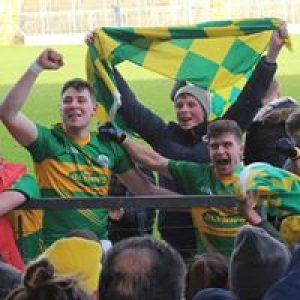 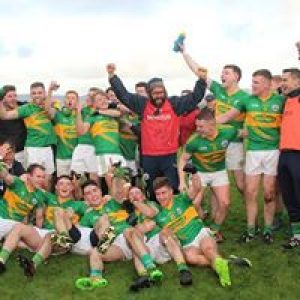 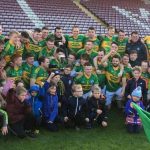